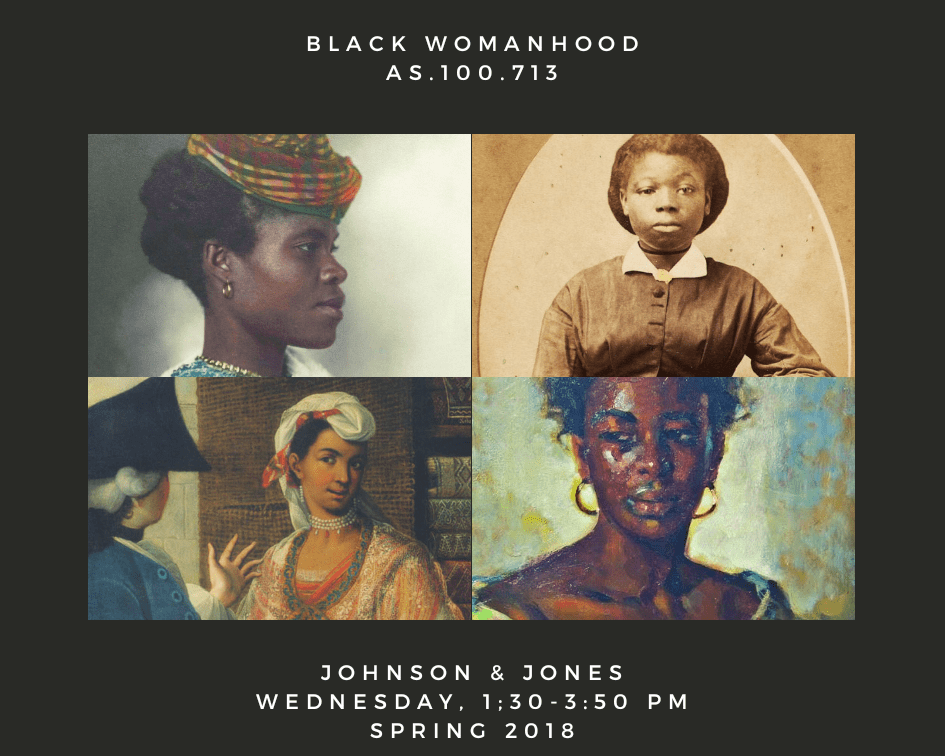 Congratulations to professors Jessica Marie Johnson & Martha S. Jones, whose public syllabus for their course “Black Womanhood” is featured in the Chronicle of Higher Education! The syllabus is on Professor Johnson’s blog,  Diaspora Hypertext.

Here’s an excerpt from the Chronicle article:

“Within days of the syllabus being posted, some commenters suggested readings to add. . . . Since then, the syllabus has spread beyond academe. . . . Some people outside of higher education have expressed surprise that such a course exists at all. Some said they wish the subject had been taught in grade school. Successfully reaching a broader audience, Jones said, is ‘powerful stuff.'”

Please note also that the Faculty Forum is back, and Professor Jones is one of the presenters on Monday, April 9. Hope you can come!

Also, “Women’s-Studies Students Across the Nation Are Editing Wikipedia” features an interview with Allison Kimmich, executive director of the National Women’s Studies Association, about a partnership between NWSA and the Wiki Education Foundation. Kimmich says:

“Wikipedia is the fifth-most-visited website in the world. It’s a major source of information globally. . . . There is pretty obviously a gender bias in terms of featured articles on Wikipedia: The most numerous featured articles are articles on war and militarism. And that’s a particular view of the world that I think women’s- and gender-studies students can contribute to correcting and balancing. The other thing I’ve heard when I hear faculty talk about having participated in this initiative is that students are incredibly motivated by doing this work because they can see it has a real impact.”