Take a moment to read Professor Johnson’s recent essay reflecting on the Hopkins police force debate. Here is an excerpt: 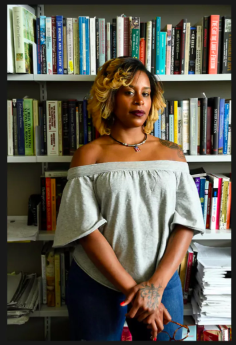 Johns Hopkins University isn’t a person. It’s a lot of moving parts. Those parts can be dismantled, reassembled, refurnished into something more human, more loving, more attuned to the people around it, people hurt by its monstrosity. This bill may pass, but it won’t be the same bill it was before students and community members began organizing it. More important, those organizing, reading, writing, testifying in Annapolis, running public meetings in Baltimore, signing open letters are not the same people they were before they began organizing against it. This is a long game and we lose it if we walk through this city as though our disempowerment is a foregone conclusion.

In “The deadly truth about a world built for men – from stab vests to car crashes”: (The Guardian) Caroline Criado-Perez explores which questions get asked in our research, and how they get asked.

“The gender data gap is both a cause and a consequence of the type of unthinking that conceives of humanity as almost exclusively male.”

Women tend to sit further forward when driving. This is because we are on average shorter. Our legs need to be closer to reach the pedals, and we need to sit more upright to see clearly over the dashboard. This is not, however, the “standard seating position”, researchers have noted. Women are “out of position” drivers. And our wilful deviation from the norm means that we are at greater risk of internal injury on frontal collisions. The angle of our knees and hips as our shorter legs reach for the pedals also makes our legs more vulnerable. Essentially, we’re doing it all wrong.

Congratulations–and gratitude–to faculty members N.D.B. Connolly (history and Africana Studies), Shani Mott (Africana Studies), and Jennifer P. Kingsley (Museums and Society), whose project to collect oral histories of African-Americans at Hopkins won a grant from the Berman Institute of Bioethics’ Exploration of Practical Ethics program and was featured in the Chronicle this week.

An excerpt–but if you click on the article you can listen to two of the oral testimonies:

Save for a few examples, Johns Hopkins’s catalog of its own history is “very administrative, bureaucratic, and elite,” said N.D.B. Connolly, an associate professor of history. Evidence of the black people who’ve toiled at the university is largely concealed, he said. There’s mention of Vivien Theodore Thomas, a surgical technician who helped develop a treatment for cyanotic heart disease, and of Minnie Hargrove, a longtime assistant to university presidents. But for the most part, though they breathed life into the institution with their daily labor, Connolly said, African-American employees are invisible in the record books.

Now, a cohort of scholars and students are correcting what they see as systemic archival neglect. Through a project called “Housing Our Story: Towards Archival Justice for Black Baltimore,” they’re building a new collection of oral interviews with African-American employees at Johns Hopkins. They’ve asked workers to detail minute aspects of their lives on and off campus. And in asking the small questions, the scholars have touched on a big one. Whose history gets told in higher education, and why?

As universities are increasingly asked to account for their historical faults, the project at Johns Hopkins may provide a roadmap for institutions that want to dive headfirst into their archival gaps, and help write a more accurate history. Doing so is key because the history of a place “is always written by the people on top,” said Jasmine Dong, an undergraduate student involved with the project. But “when you have history like that, it’s not really history,” she said. “It’s a story that’s been made.”

The full article: “Whose History? Scholars and Students Attempt to Correct Years of Archival Neglect at Johns Hopkins” 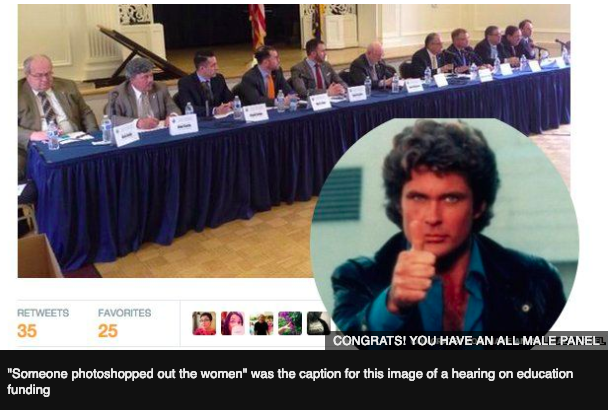 The journal Nature offers advice to and from male scientists in “How some men are challenging gender inequity in the lab: Offering support to female colleagues can trigger a culture change that makes science and engineering more equitable for all.”

For advice on the questions above, click on the article. To see more of David Hasselhoff, read here (note the article is form 2015) and check out our archived post.

Here I’ll excerpt from another of the six scientists quoted: Paul Walton, bioinorganic chemist at University of York, UK. His advice is all about systemic changes that rely on data and transparency to even the playing field.

As a department, we’ve applied peer-reviewed findings about unconscious bias to day-to-day activities such as meetings, awarding promotions and short-listing candidates for open positions. At the beginning, we had a gender bias in our shortlists, so we brought in colleagues to observe the hiring process. They would watch their peers, not the candidates, and then describe the ways in which the selection committee were showing unconscious bias. For example, an observer might record that one faculty member made, on average, ten positive comments for each male candidate, but only five for female candidates.

This was extraordinarily powerful in helping us to change how we behaved. The department also realized that there was a big gap between what men and women knew about the requirements for promotion. To help to fill that gap, we publish depersonalized information internally about what each person has achieved by the time they are promoted.

We have also become more transparent about pay by annually publishing the differences in median pay for men and women in various roles, including professors and technicians, and then showing how any gaps are varying with time. That was successful because we pushed to get the data and publish them.

My motivation is fairness. Women in senior roles often explain that they don’t want to be promoted on the back of gender equity efforts, because it devalues their achievements. But research has shown that for a woman to receive the same rewards as a man, she has to put in more work. Across many types of organization, I estimate that women have to put in 20–40% more effort. This means that men achieve amid a sea of disadvantage against women.

These problems exist for women everywhere. It doesn’t matter which country, university, discipline or culture, or what time it is. 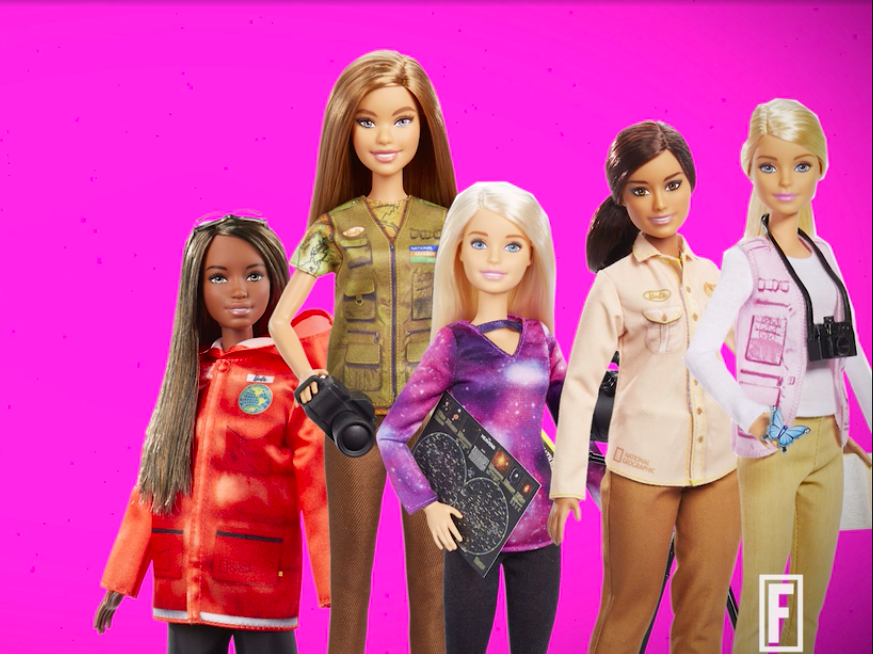 In her op-ed in USA Today titled “Astrophysicist Barbie is perfect. That’s not how you attract more girls to STEM careers.” UVA biomedical engineering professor Silvia Blemker writes about cultural standards of perfection for women, the academic reality that “criticism is part of the job,” and what happens next.

An excerpt is below, but first, yes: that’s a polar marine biologist, wildlife photojournalist, astrophysicist, wildlife conservationist, and entomologist. Coming to you in Fall 2019, in partnership with National Geographic.

Back to the excerpt from Dr. Blemker’s piece:

The new astrophysicist Barbie, announced by Mattel last month, seems well-intentioned enough: Its goal is to encourage young girls to enter science and engineering fields by wedding Barbie’s glamour and intellectual gusto. In reality, it’s just another cultural message of unattainable perfection, and our messages of perfection for girls are already keeping them out of STEM work at the highest academic levels.

Of the grant applications submitted to the National Institutes of Health, fewer than 20 percent are likely to be funded. That means that I have to become OK with the idea that, at least 80 percent of the time, someone is going to tell me that my idea is not good enough.

A recent study showed that women have similar funding success rates as compared to men; however, women tend to apply for grants at lower rates than men. So, while our ideas are equally meritorious, women seem to be more afraid to put their ideas out there. The result? More funding goes to men than women.

If applying for a grant doesn’t seem like it should require a thick skin, then consider what a peer review of a science publication feels like.

The primary journal in my field has an acceptance rate of 16 to 19 percent, meaning I have more than an 80 percent chance of getting a paper rejected when I submit to that journal. These papers describe the work that my students and I worked on for years.

A 2018 study suggests that female authors take less risky publication routes: Female authors have especially low representation in top journals that have the highest rejection rates, even though overall acceptance rates of papers with women listed as the first author is higher than those with male-first authors.

What’s more, after pouring my heart and soul into teaching undergraduate engineering classes, while some students sing my praise, I’ve had some students absolutely rip me apart in their anonymous student evaluations. And, there is strong evidence that female professors receive lower student evaluation scores than their male counterparts — particularly if the female professor is young and if the subject matter is mathematics.